A step in the right direction for the church 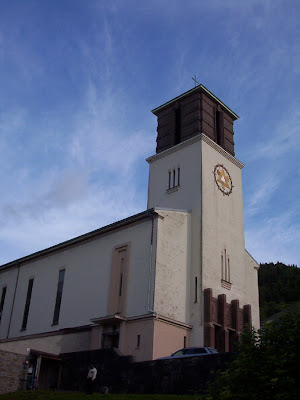 The political parties in the Norwegian parliament, the "Storting", have agreed to give the church more independence. This is a step in the right direction, but there is still a long way to go. According to the agreement, the church will still be a state church, but the state will no longer appoint bishops and deans.

Not yet, by the way. We have to wait until 2012. But then of course this isn't a long time, when you remember that we have had some sort of a state church in Norway since AD 1024, when the church was officially established at Moster, a couple of hours' drive south of Bergen.

There's a condition to the agreement too: The church must be "more democratic". What does this mean? It means that more of the church members must be involved in the election processes. Today only 3-4 percent of the members actually vote in the church elections. In other words: The politicians want those who are not active in church to elect its leaders. Today, 82,9 % of the people are members of the church through their baptism, but how many of these people are believers? It is obvious that the majority of the politicians include this condition because they want the church to continue to develop in a more liberal direction. They want to make sure that the active church goers will be unable to elect leaders who still belive in the Bible and dare to teach what it says.

Anyway, I'm glad the politicians finally have agreed on a change. It is far from the best solution, but still a step in the right direction. 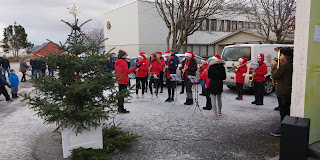